Our University Hosts the 5th International Symposium of Akhism

Akhism that was born in Kırşehir and has been illuminating Turkish-Islam geography for hundreds of years is being talked at the "5th International Symposium of Akhism". Our University that was named after Ahi Evran-ı Veli hosts academicians from inside and outside of Turkey. 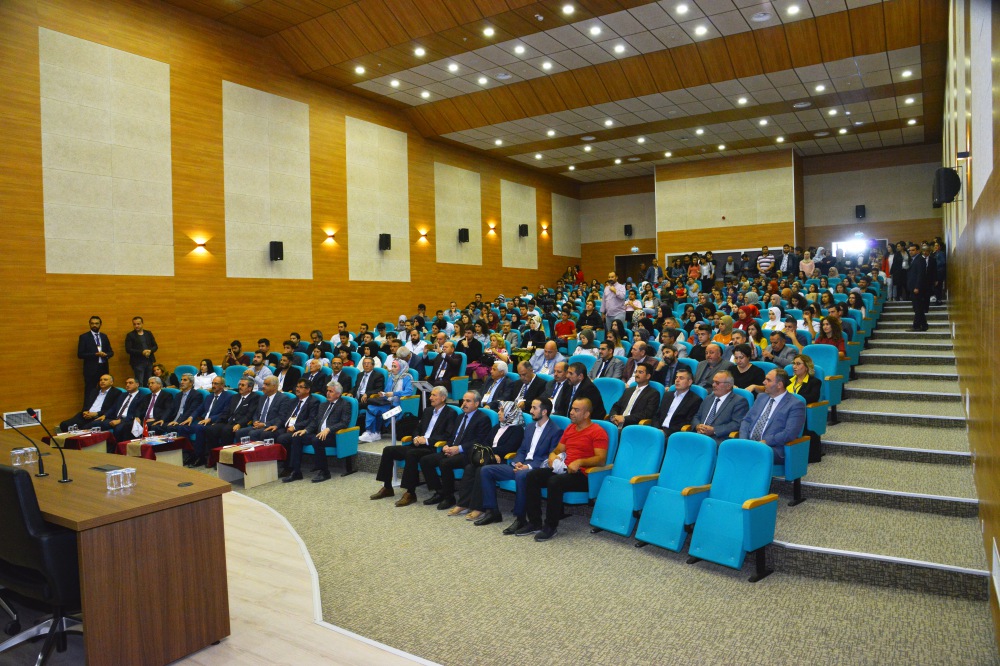 The subject of the symposium is "Akhism Between the End of Ottoman Classic Age Until Republic (1601-1923)" and the opening ceremony took place on 3rd October 2019 at Neşet Ertaş Hall. The Rector of our University Prof. Vatan Karakaya, Vice-Rectors Prof. Ahmet Gökbel and Prof. Mustafa Kurt, Secretary-General Mehmet Zeki Küçük, deans, directors, national and international academicians, academic and administrative staff, press members and students attended the symposium. 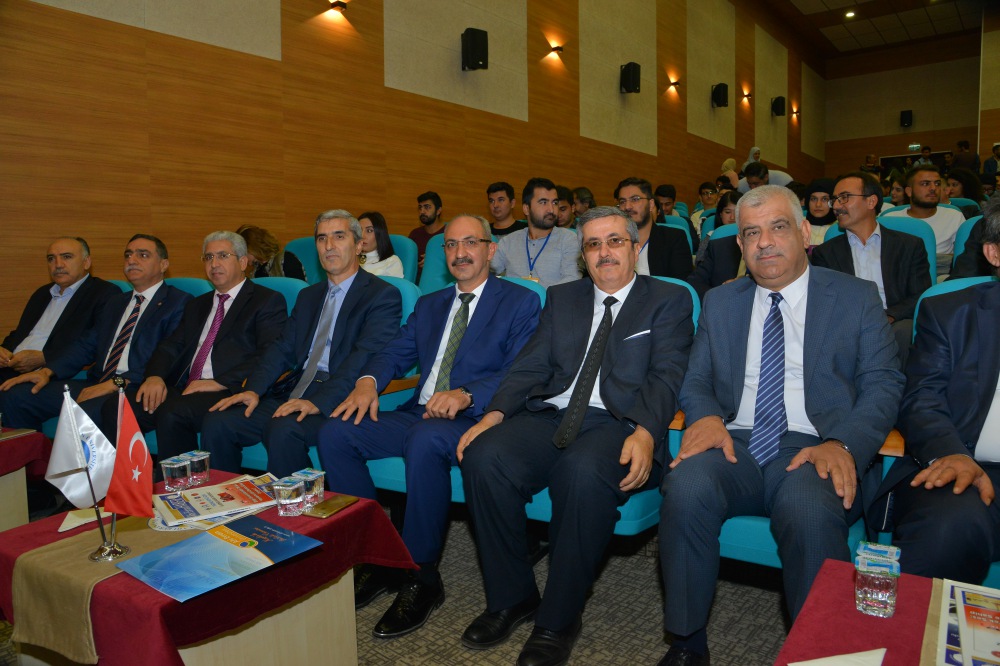 The opening speech was delivered by the Symposium Regulatory Authority Chairman and the Vice-Rector of our University Prof. Ahmet Gökbel. He started his speech by mentioning the importance of Akhism and he stressed that they planned this symposium with a different approach as they organize this symposium once a year according to the plan. He also said that we have to go back to beyond the 13th century to find answers to the basis of Akhism. 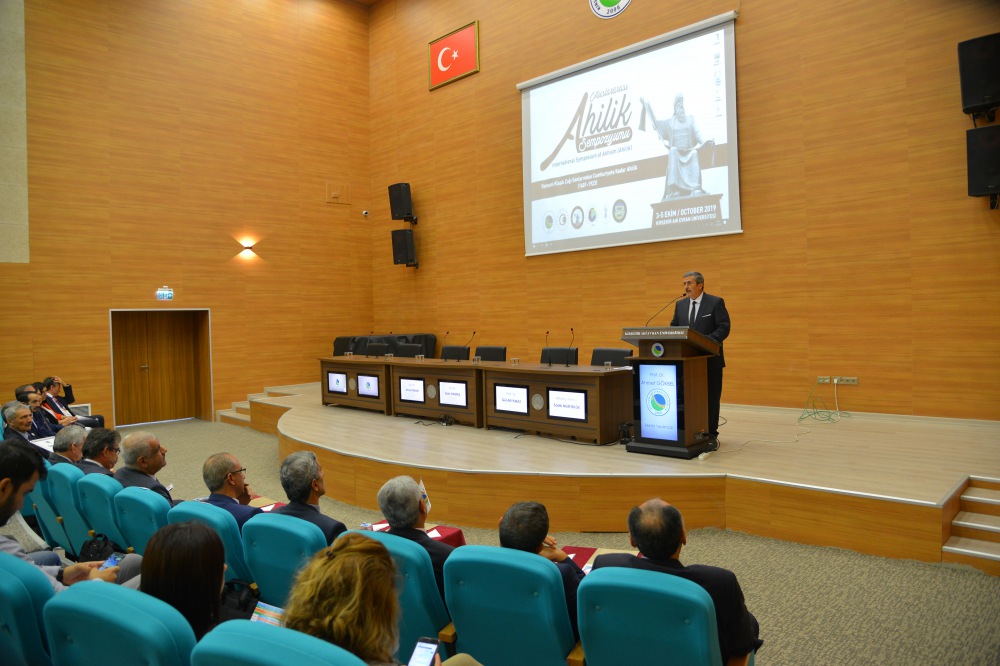 Prof. Ahmet Gökbel also praised the efforts of the scientists who contributed to the Symposium to take final shape and announced that the next year's symposium will be the last one and will be titled as "Reflections of Akhism to Today".

“Akhism is the Brotherhood Spirit that the Modern Human Long For”

The Rector of our University Prof. Vatan Karakaya started his words by saying that akhism reminded us of the values facing extinction and humanitarian values and the brotherhood spirit that modern people long for continue to live in Akhism. Our Rector described Akhism as an archaic concept and succeeded to reach today, yet it is mentioned just as a notion without presenting the historical source of it. He highlighted that it is the duty of the universities to rebuilt the values of culture and they work in accordance with this purpose. He also said that they took a decision as the university in 2016 to turn "Akhism Brotherhood" concept into a claim and continued their studies without pausing. 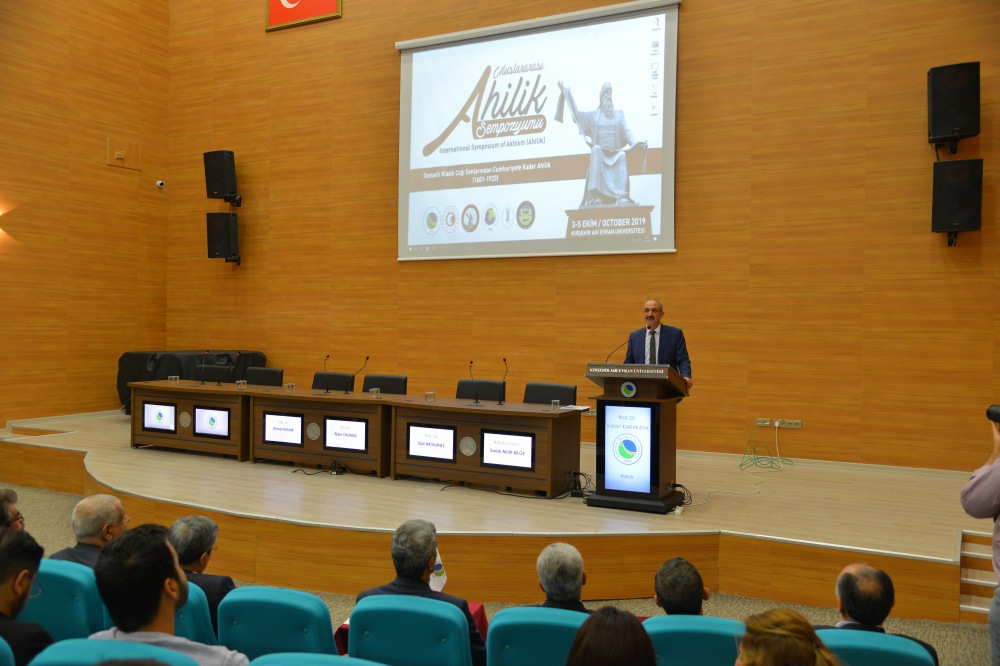 “Our Most Precious Value is Our Culture”

Our Rector continued his speech with an example from our Prophet and the moral heritage of him and said that our most precious value is our culture as the Anatolian Community. He also said: For this reason, I believe we've accomplished this at this symposium: Ahi Evran University is the one which helped to transmit a heritage belonging to the concept of Akhism to the next generations. I thank the ones who helped these studies from the bottom of my heart. There is no money equivalent to this. These create a moral, social life and ideal with the marks they left to the hearts of the people. 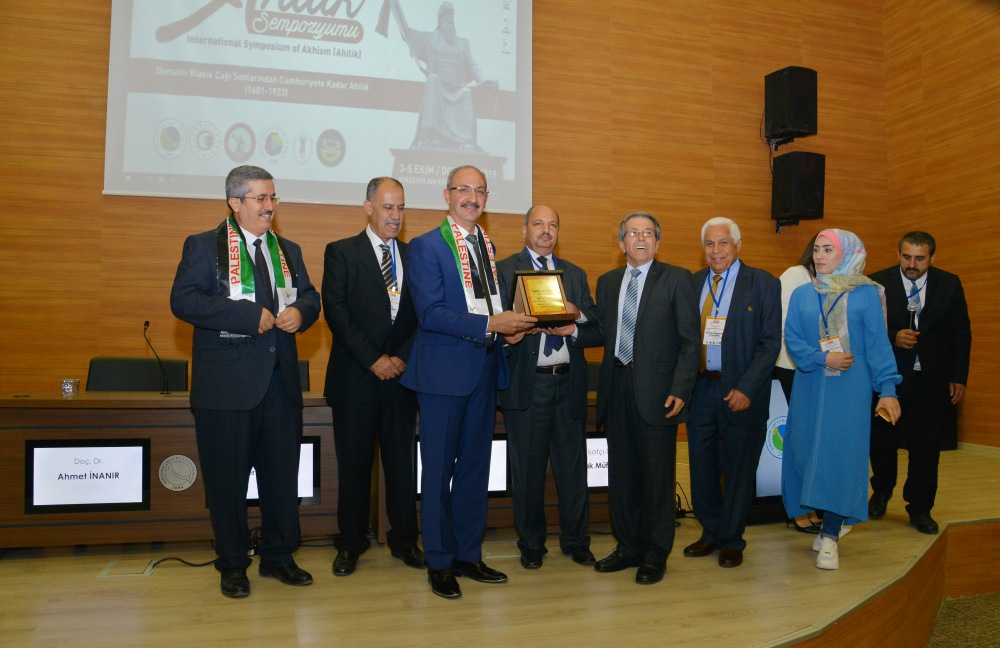 The symposium will continue for two days with 12 sessions and attendance of 62 scientists. 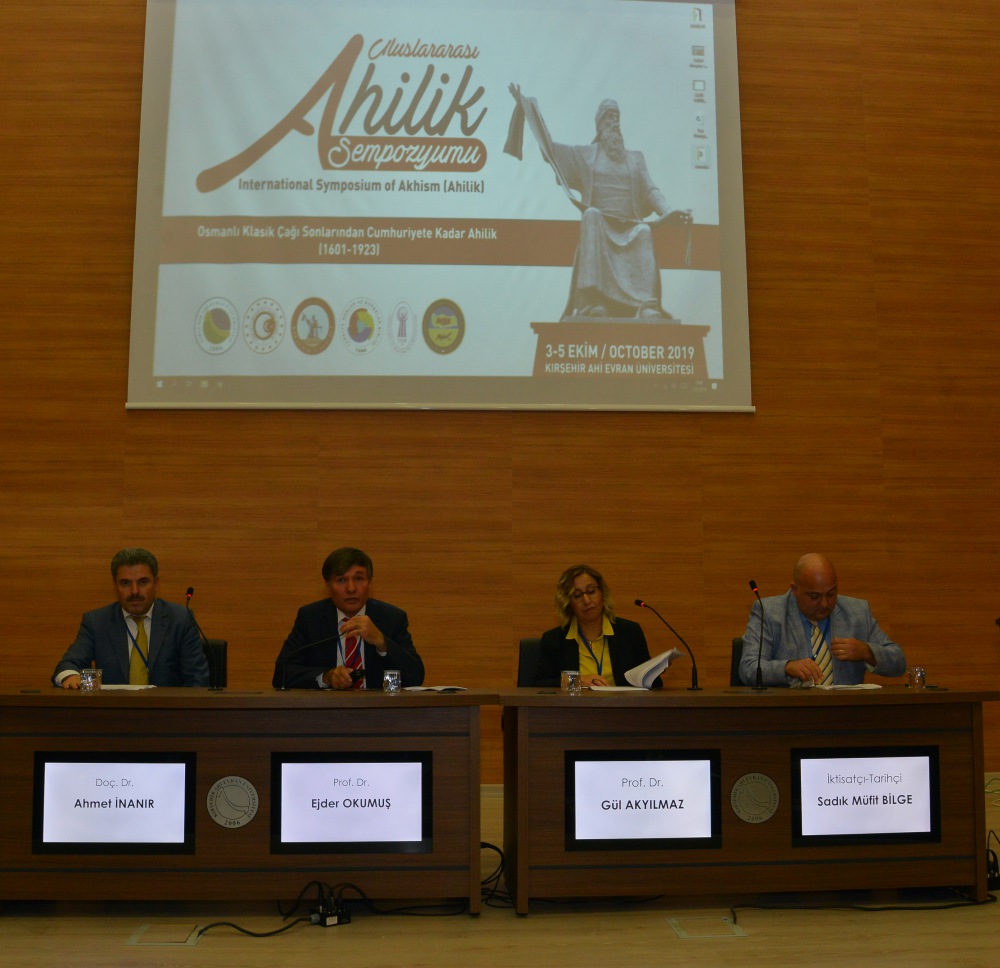 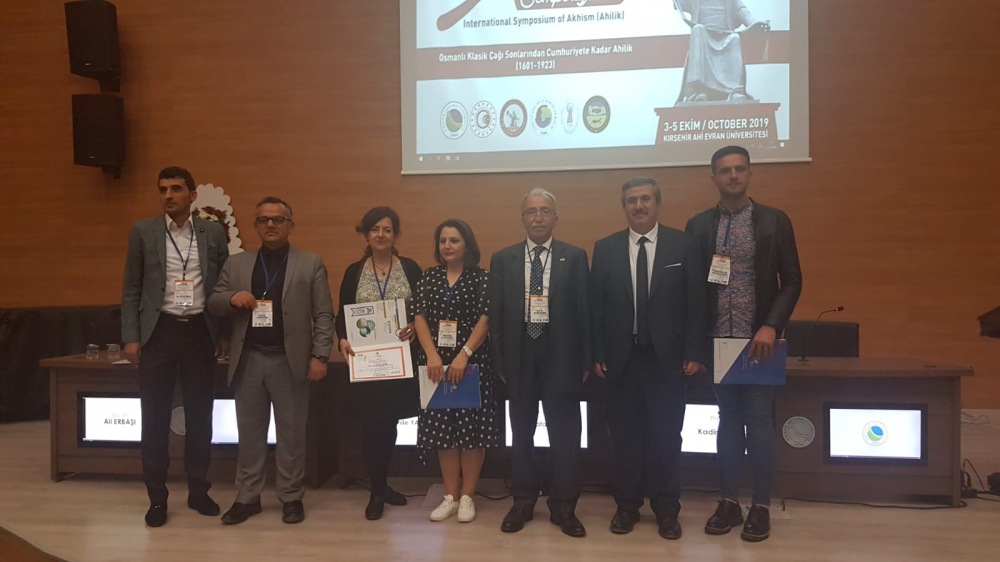