Our University hosts the second one of the Philosophic Heritage of Turkic Peoples Symposium the first of which was organized in Kyrgyzstan, hosted by Kyrgyz-Turkish Manas University last year and it was decided to make it traditional. The Governor of Kırşehir İbrahim Akın, the Rector of our University Prof. Vatan Karakaya, the rector of Recep Tayyip Erdoğan University Prof. Hüseyin Karaman, Vice-Rectors of our University Prof. Ahmet Gökbel and Prof. Mustafa Kurt, scientists, academic and administrative staff and students attended the opening program taking place in Ahi Evran Congress and Culture Center Neşet Ertaş Hall on the date of 24th October 2019.

Republic of Turkey Ministry of Culture and Tourism and Writers Union of Turkey, as well as the last year’s co-partners Kyrgyz-Turkish Manas University and Bayburt University, are the co-partners of this year’s symposium and the aim of the symposium is to bring into light the philosophical heritage of Turkic Peoples by reviewing from oral tradition to written works and reinventing them with different perspectives 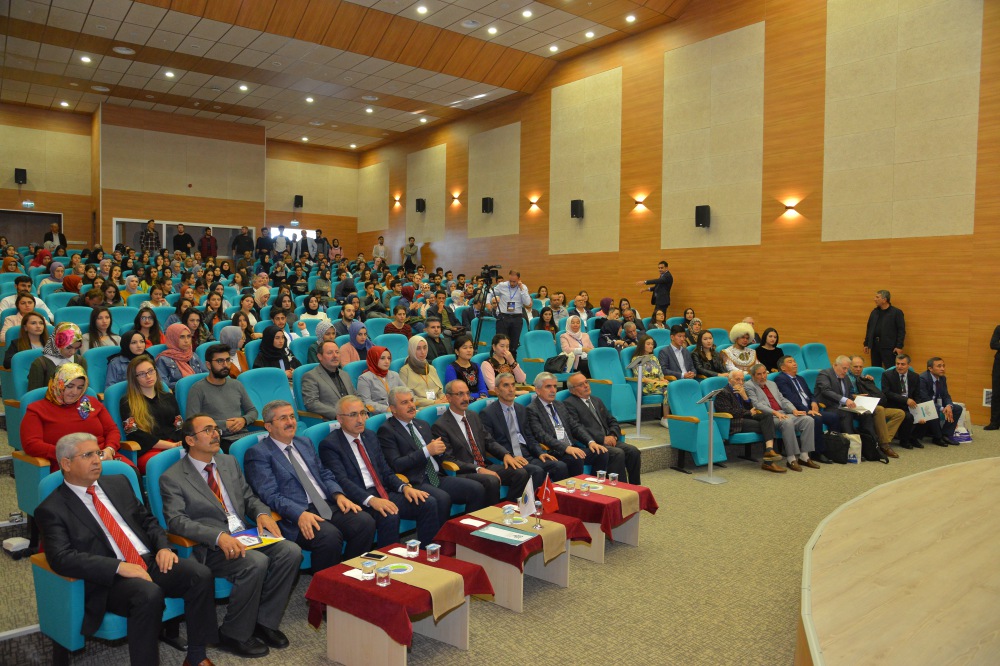 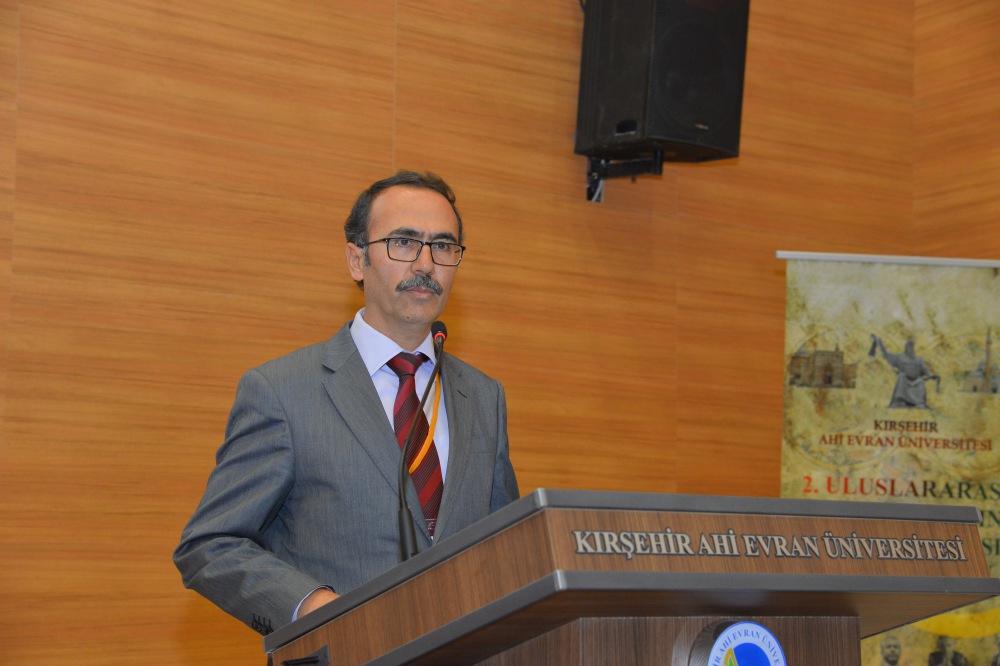 Prof. İpek delivered the opening speech on behalf of the regulatory board. He gave information about the symposium in his speech and the symposium's aim at bringing scientists from different fields of study like Philosophy, Sociology, Anthropology, and their plans about opening special sessions about intellectuals notably Nurettin TOPÇU, Cengiz AYTMATOV, Cemil MERİÇ and Fuat SEZGİN. Additionally, he extended their special thanks to the Rector of Our University Prof. Vatan Karakaya for hosting this international symposium and for his supports during the preliminary studies of the symposium on behalf of the regulatory board. Finally, he wished this symposium to be fruitful and be a medium of good deeds. 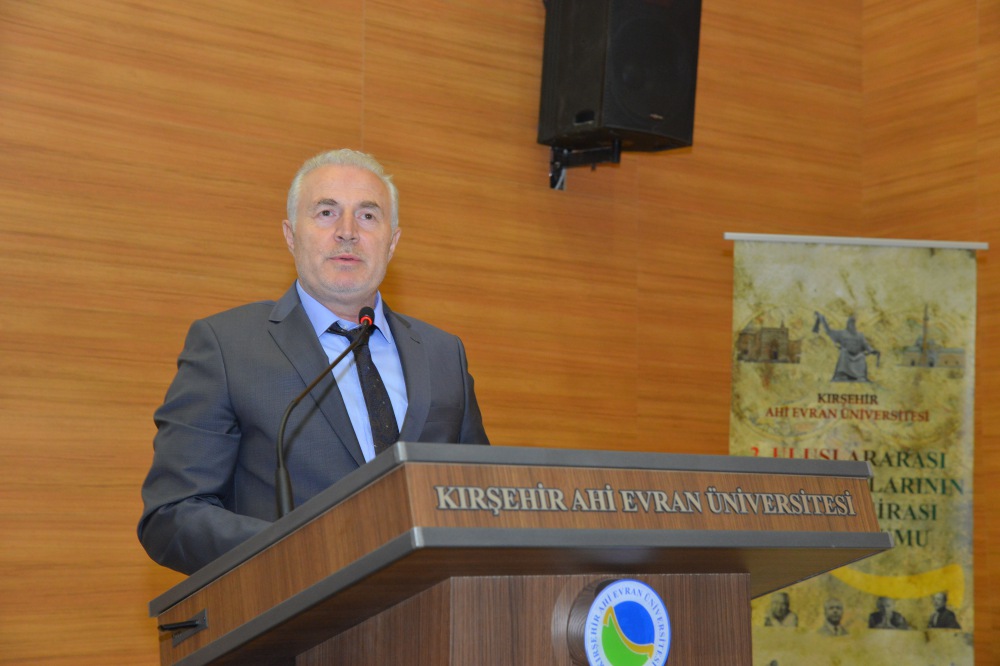 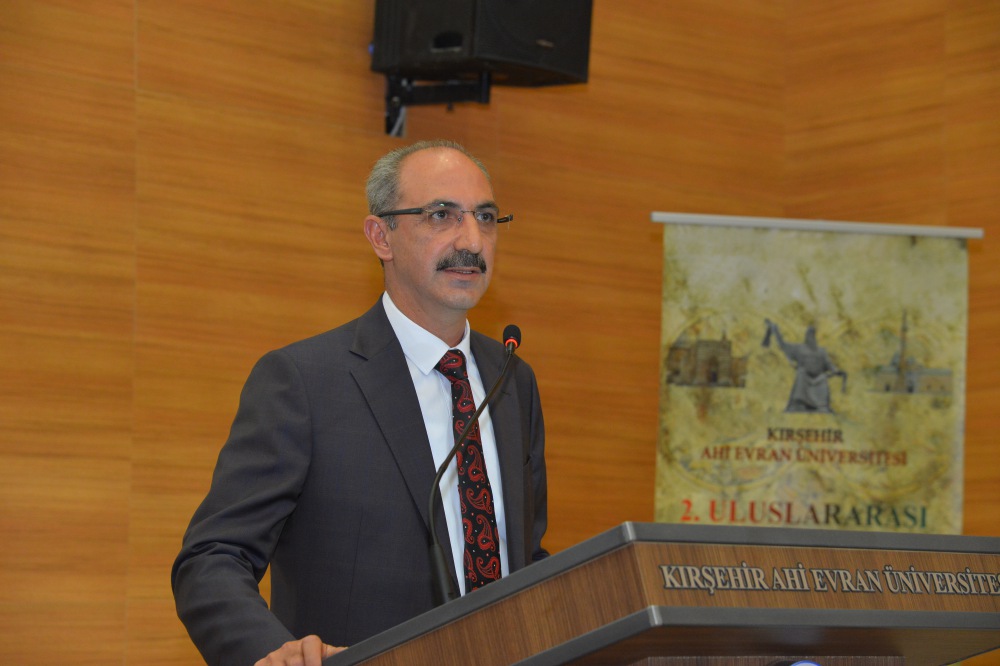 Rector Karakaya: “We aim to Protect the Philosophical Heritage of the Turkic Peoples"

The Rector of our University Prof. Vatan Karakaya also gave a speech at the symposium. In his speech, Rector Karakaya said that the philosophical heritage of the Turkic Peoples is a value that needs to be protected and more contributions should be made to bring together the geography on which we share the same emotions. In this case, we are ready to do our duty. 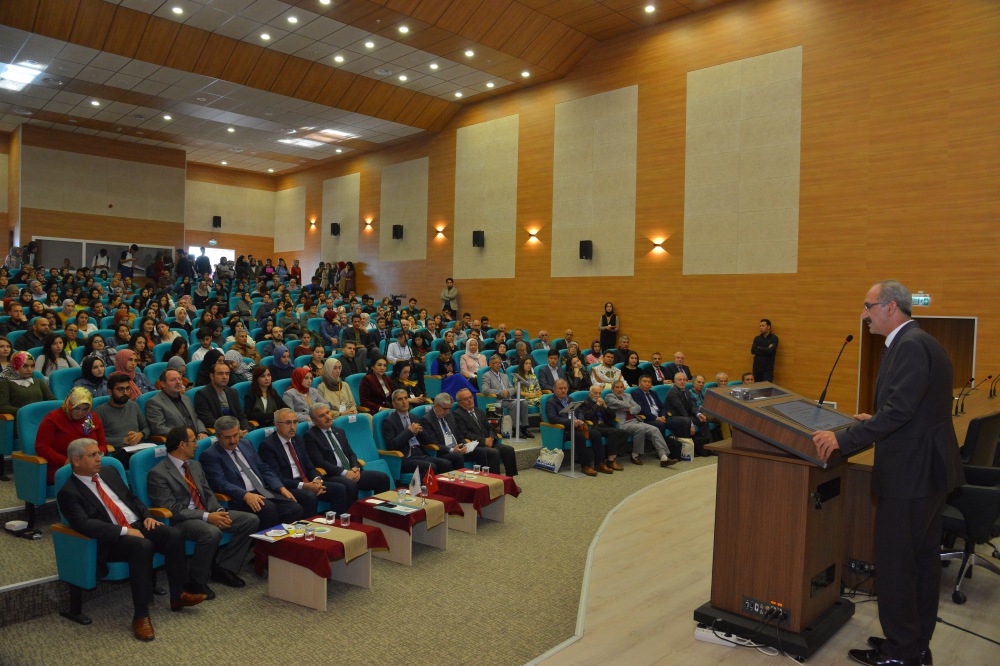 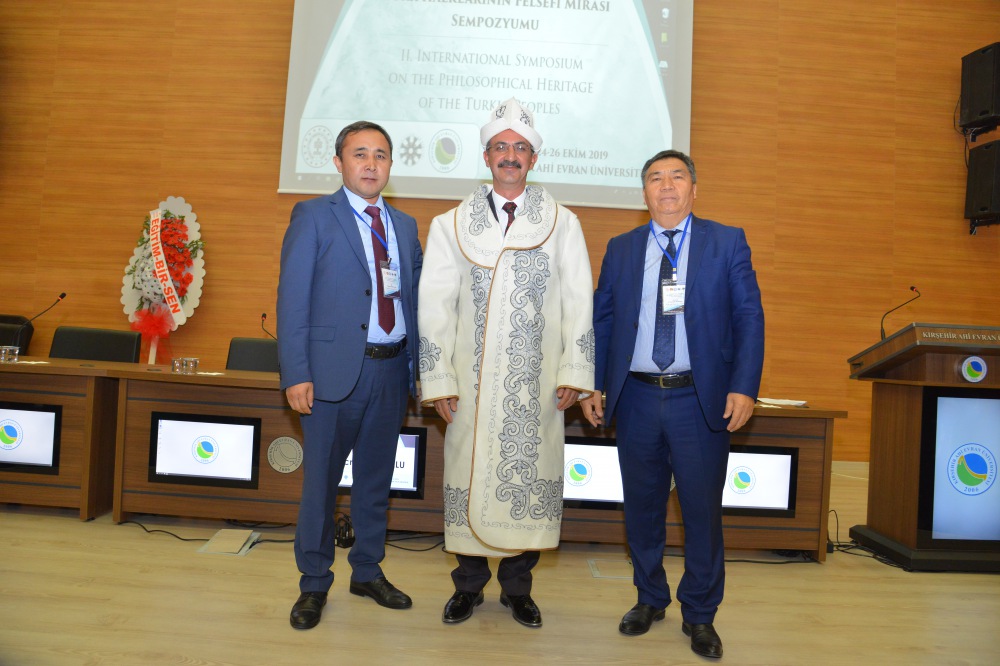 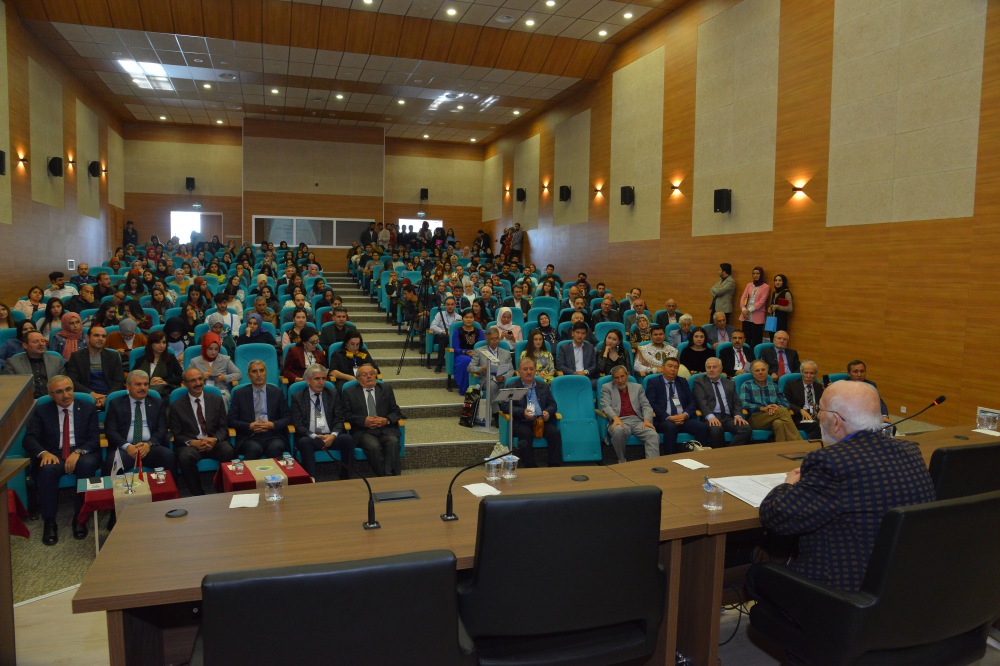 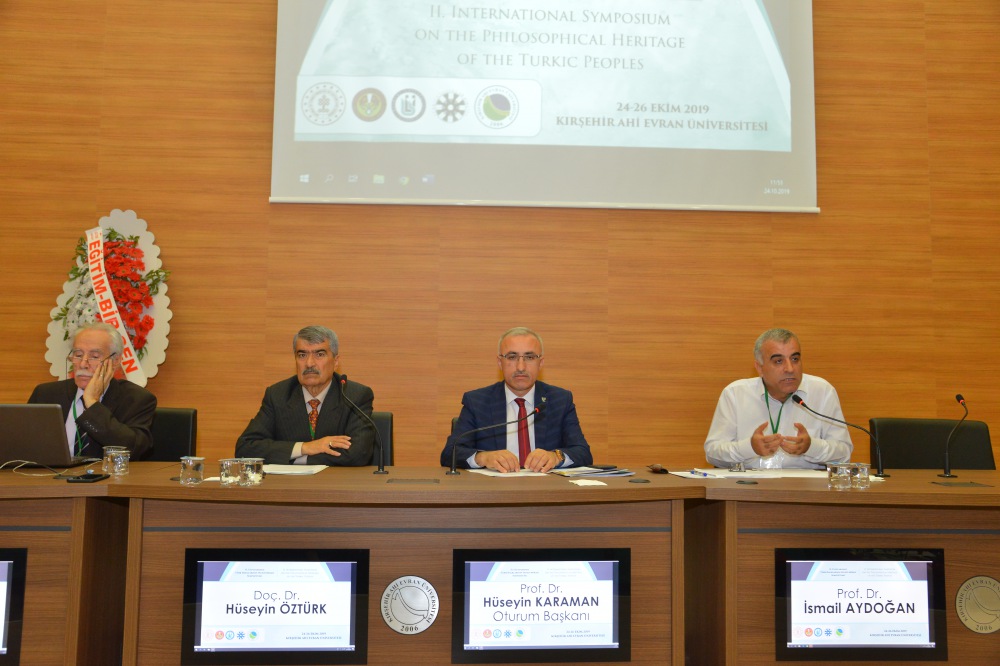 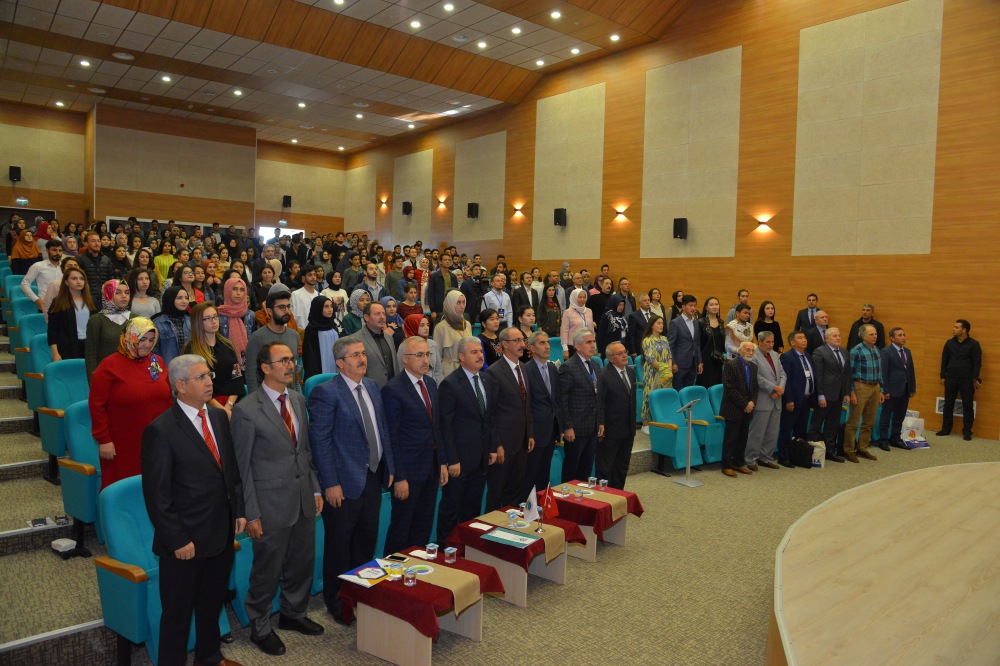