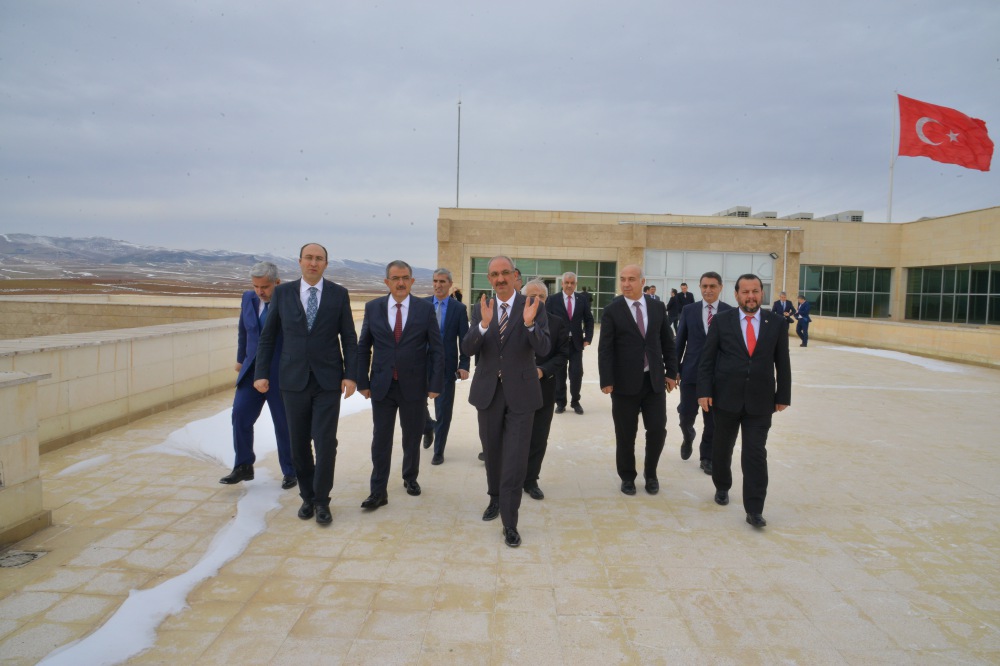 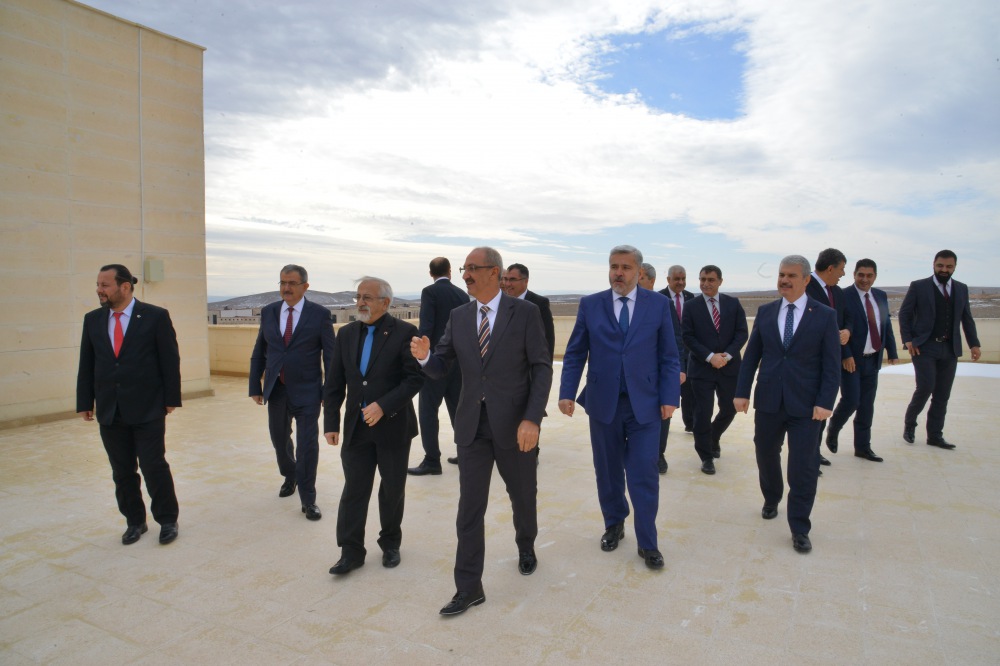 The president of Konya Plains Project Regional Development Administration İhsan Bostancı gave a speech in the handover ceremony and gave information about UNIKOP that started in 2013 and has 13 member universities. He said that there are almost 350 thousand students and more than 10 thousand academic members in 13 member universities and a collaborative study culture has been created between these universities, especially in scientific cooperations, staff cohesion and liaising on many occasions. he thanked the Rector of Kırıkkale University and UNIKOP 2019 Term President Prof. Dr. Ersan Aslan for the workshops and meetings organized during their presidency and congratulated the Rector of Kırşehir Ahi Evran University Prof. Dr. Vatan Karakaya on his presidentship.

Rector Aslan: “We organized 1004 activities within the scope of the celebration of Prof. Dr. Fuat Sezgin Year”

After the president of Konya Plains Project Regional Development Administration İhsan Bostancı's speech, the Rector of Kırıkkale University and UNIKOP 2019 Term President Prof. Dr. Ersan Aslan gave a speech. In his speech, Rector Aslan mentioned about the activities and events organized in 2019 and how productive it was. He thanked the ones who support them during their presidency and congratulated the Rector of Kırşehir Ahi Evran University Prof. Dr. Vatan Karakaya. 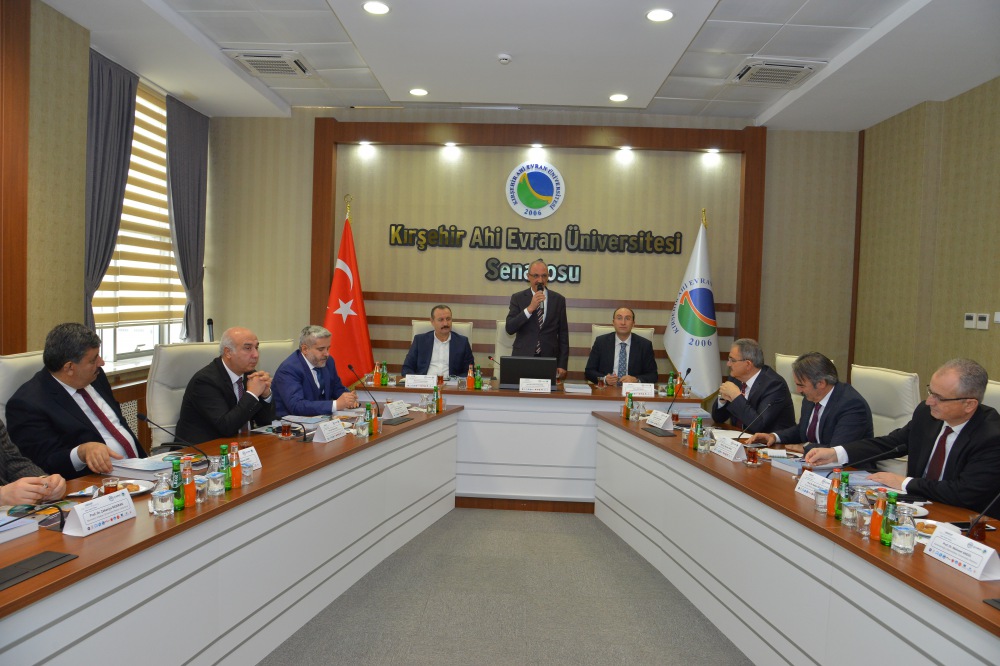 Rector Karakaya: “We should conduct studies to make our universities more visible at the international level”

After Prof. DR. Ersan Aslan's speech, the rector of our university Prof. Dr. Vatan Karakaya took the floor and expressed how pleased to host the rectors of the universities of the region and the authorities of Konya Plains Project at our university. Rector Karakaya started his words by mentioning how pleased they are for being the UNIKOP 2020 Term President and Kırşehir Ahi Evran University will carry out studies with the support of member universities. He said that the international visibility of 13 member universities should be raised. Rector Karakaya said that the performances of the universities are evaluated at an international level and the evaluation area is not limited to r&d studies. He said "Education is equal to %35 in total scale. The reason behind the negative appearance downward is the fact that we cannot develop quality assurance and make this %35 part more visible. By making use of the experience of the universities which actualized this and by developing new methods we should raise the visibility and the scale. Our university is not only TSE(TSI) certified, but also we have been studying quality in education assurance as a pilot university for three years now. I believe that  we should undertake a mission in order to make these 13 universities more visible by evaluating our experiences and suggestions together." 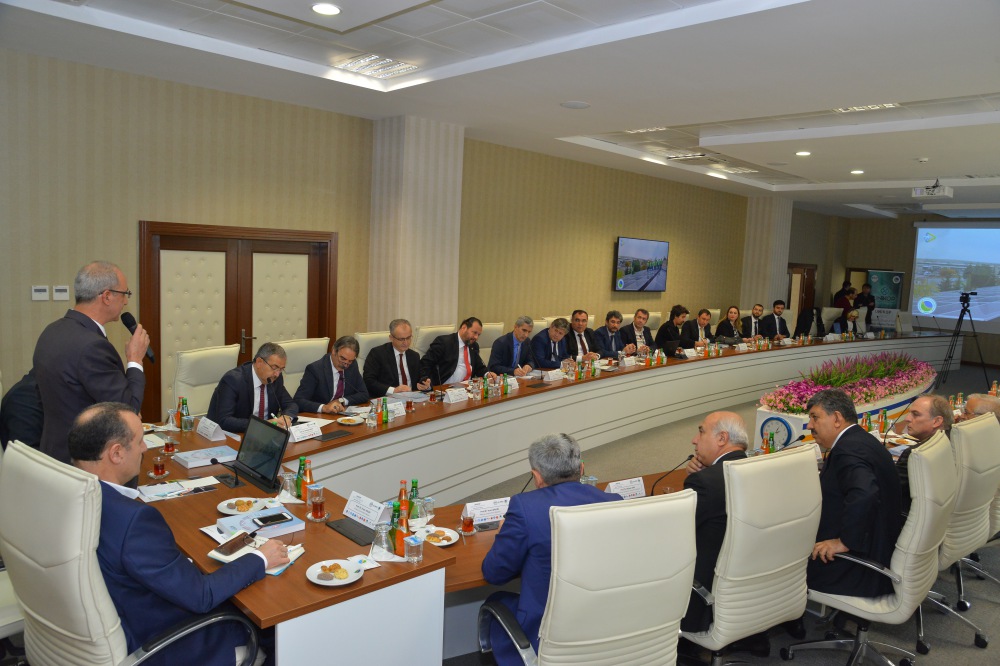 Prof. Dr. Vatan Karakaya said that universities should make studies to bring together the work and industry sectors in their regions and all around the country, the universities should listen to the wishes of these sectors and make evaluations on how they would make contributions to these sectors. The Rector Karakaya also mentioned an issue that engages his attention especially in international fairs and in his visits to foreign countries, and he proposed establishing a Middle East Research Center. He said, "We may gather academic data on the Middle East and make contributions to the determination of the policies of our country by creating communication between our country and the Middle East with the help of this center." He said he is honored to hold the Presidency of UNIKOP 2020 Term and he extended his best wishes. 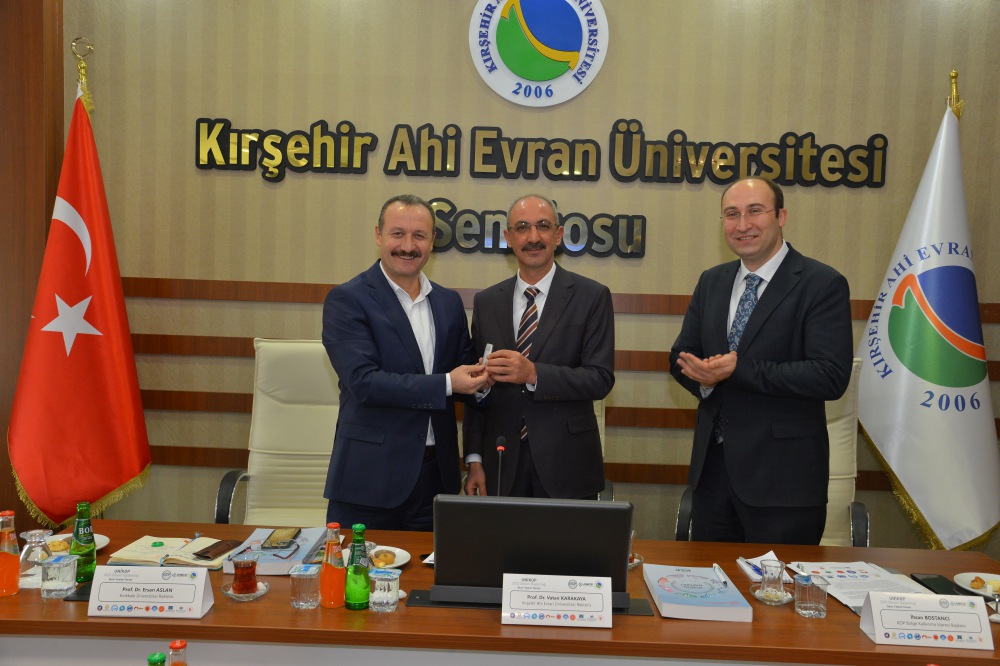 After the opening speeches and presentations, the handover ceremony began. The Rector of Kırıkkale University and UNIKOP 2019 Term President Prof. Dr. Ersan Aslan turned over the Presidency of UNIKOP 2020 Term to the Rector of Kırşehir Ahi Evran University Prof. Dr. Vatan Karakaya. 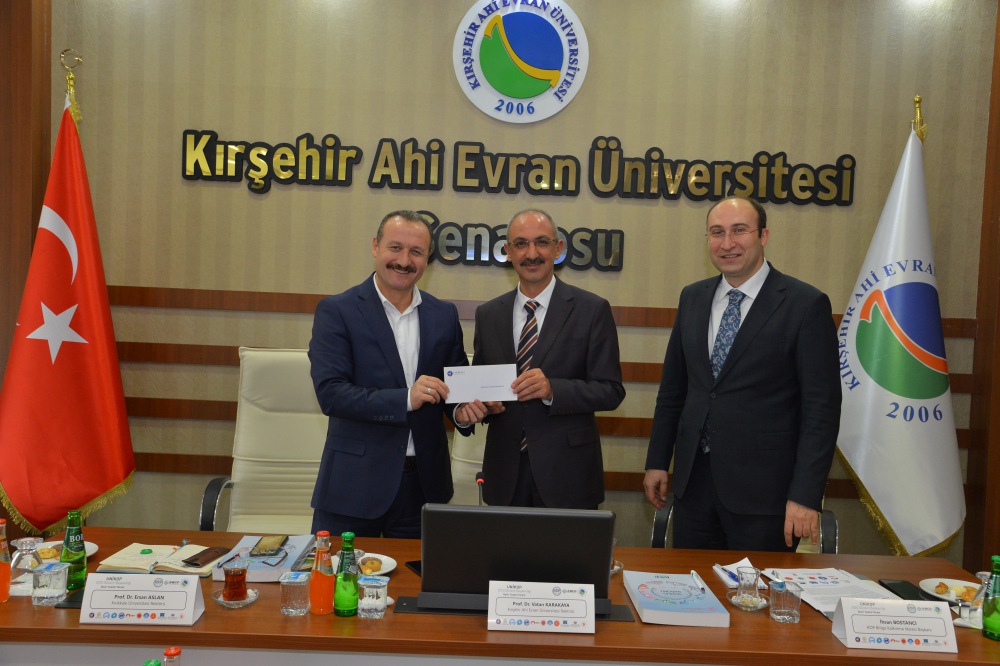 After the handover ceremony, the consultation meeting started. The rectors of the universities shared their views on the strategic plan. The next meeting will be held on 30th January 2020. 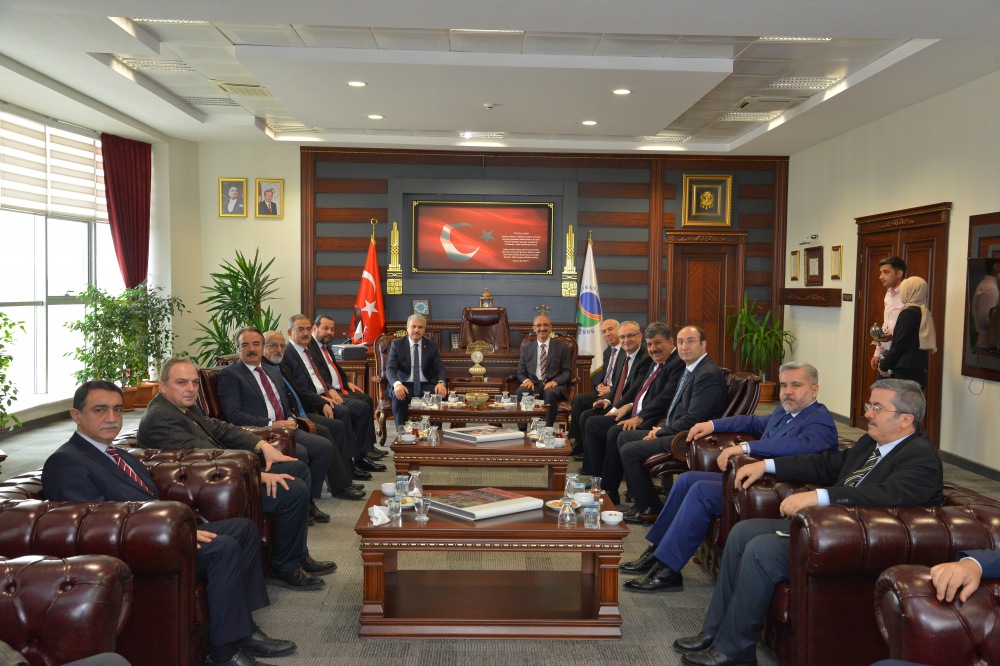 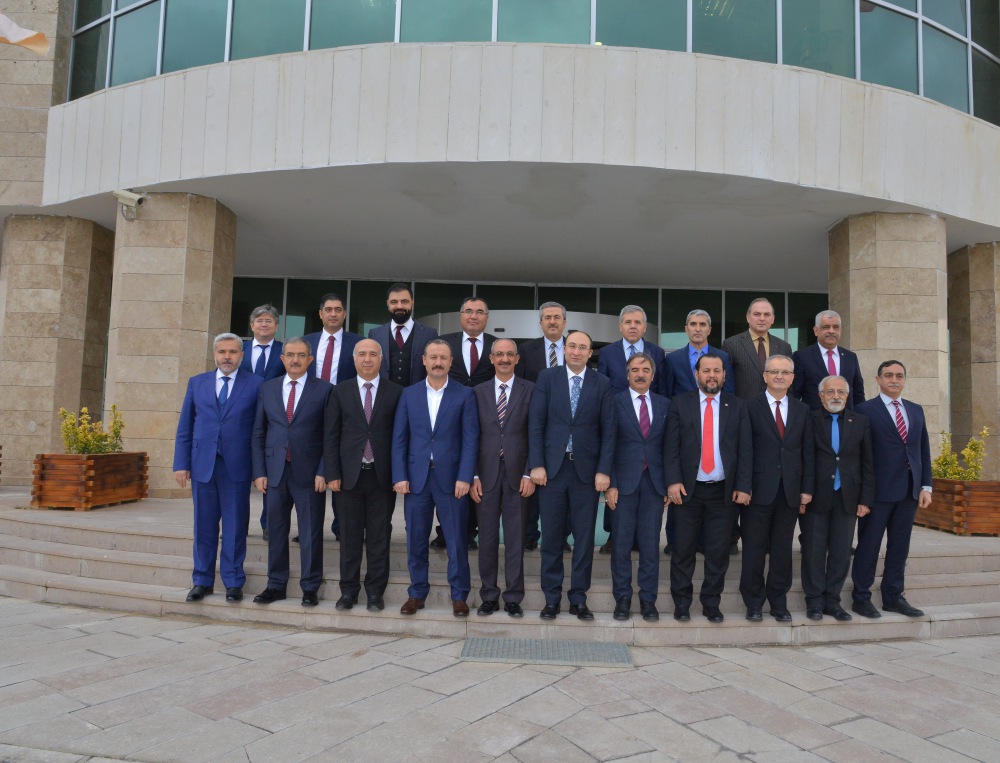